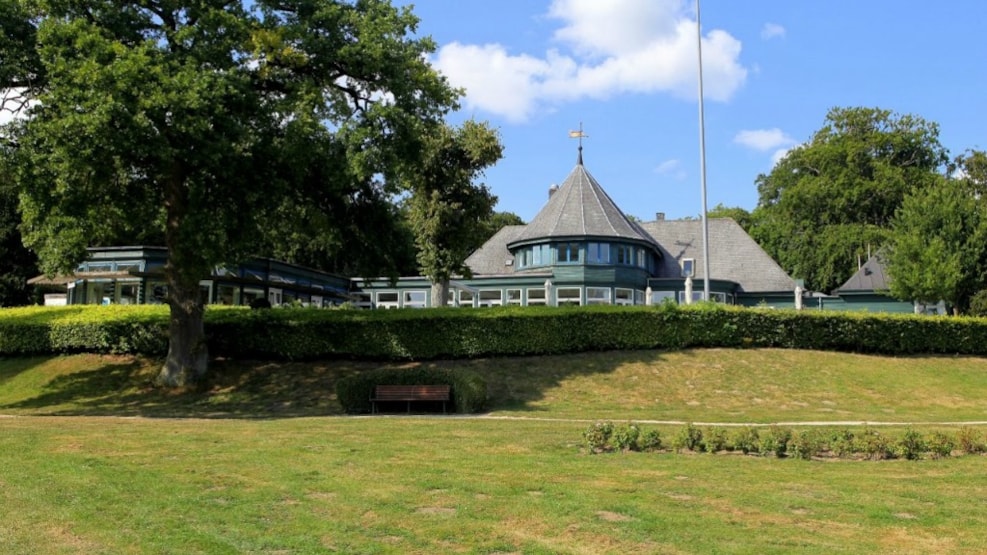 The Park “Bangs Garden” was a royal forest in the early 1800s. In 1847 it passed into private ownership. The deeds stated that "The inhabitants should forever have free and unfettered access to walk in the woods." A group of citizens had erected a pavilion in 1853 as every park at that time should have. It is now called "The Old dairy", because in the late 1860s it was transformed into a dairy for the Skovnæs manor. The farm was situated where the Open Air Museum is now located.

The citizens had lost their pavilion, and so, on May 1st, 1913 "Bangs Garden pavilion” was inaugerated with great pomp and circumstance. Money for the building was raised by subscription among the city's bourgeoisie. The woodland was trimmed, and in the articles relating to the site it is documented that the founding owners of the new company wanted a site where "entertainments, such as musical entertainment, summer theatre, shooting gallery and dances” could be found. The place rapidly became a popular place for the population to gather and promenade.

The Open Air Museum, dating from 1923, is located on the western edge of Bangs Garden. The museum displays country culture of Lolland- Falster from earlier days. Hylddalen in Bangs Garden is an open-air stage with many annual events, which include Nørregade Theatre performances, Maribo Rock and Maribo Jazz. Bangs Garden has a good system of paths that continues through other small woods to the Nature school. Apart from the restaurant “Bangs Garden” the park has a camping site.

Experience this tour with the smartphone app “Det Naturlige Lolland”. It will guide you with GPS, pictures, stories and information. Find the tour under category "The Maribo Lakes-Maribo Søndersø". Scan the code and download the app’ - or get it in App Store or Google Play.