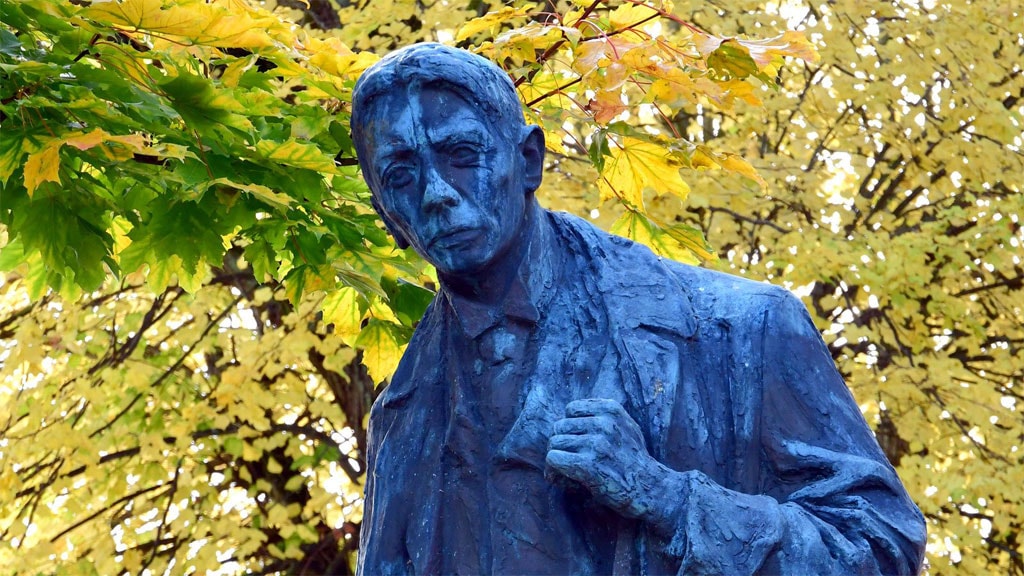 In the footsteps of Kaj Munk

Go exploring and discover the poet-pastor Kaj Munk’s Lolland origins – including the memorial stone that marks the location of his childhood home, the building where he went to school and the life-size statue in the square.

Kaj Munk was born in Maribo in 1898. He lost both his parents at an early age, was taken into foster care, and later adopted by his mother’s childless cousin Marie Munk and her husband Peter Munk.

Munk’s parents’ grave, with a tombstone shaped like an oak stump, can be found in Maribo Cemetery (plot no. 1168).

The square in Maribo is home to a life-size statue of Kaj Munk (Torvet 1).

Munk was highly conflicted about the choice between working as a pastor or a poet. However, he completed his theological degree in 1924 and was pastor of Vedersø parish in Jutland until his death in 1944.

He wrote countless poems, plays, travelogues and newspaper articles, and depicts his great love for the island where he was born in the poem ‘The Blue Anemone’.