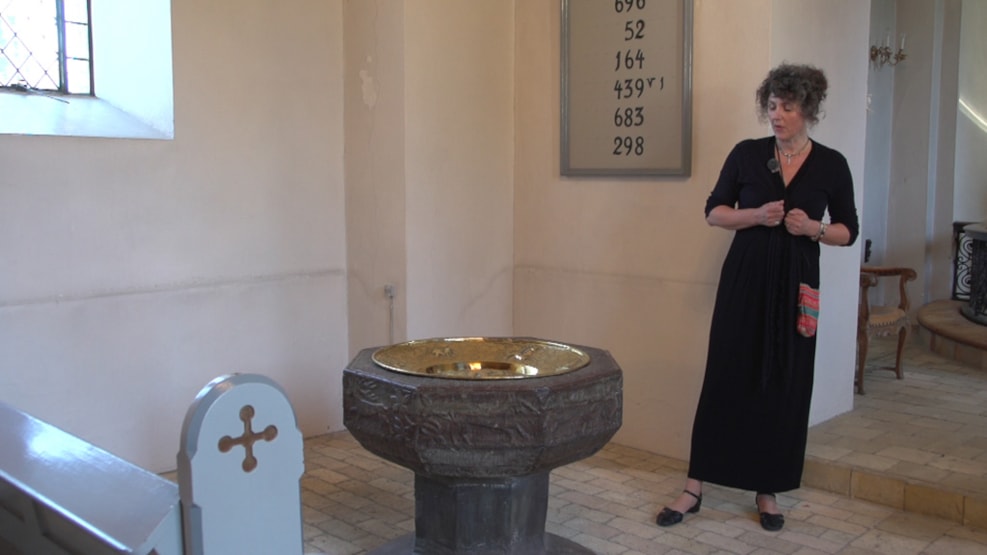 On the side of the tower you can see four heads imbedded in the wall. The heads are believed to be connected to the medieval ballad about Hr.Ttroels and his daughters.