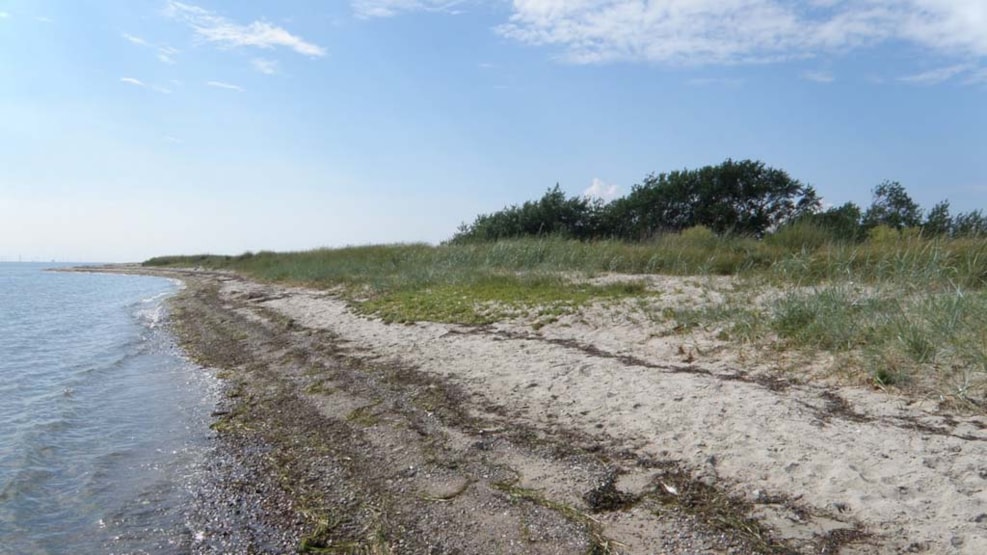 Season:
Spring, autumn and mild winters are best for sea trout. Garfish can be found in May-June.

Fishing area:
The areas of seaweed reach far out, so expect some wading in order to fish effectively. The seabed consists predominantly of sand banks, replaced by a few large rocks and seaweed belts further out. In some places you can wade right out to where the fish are, elsewhere it is an advantage to be able to throw far. Waders are necessary.

Weather conditions:
During fierce onshore winds fishing is compromised by seaweed and unclear water, but often you can still fish if you are willing to wade out. Under these circumstances fishing can be at its best.