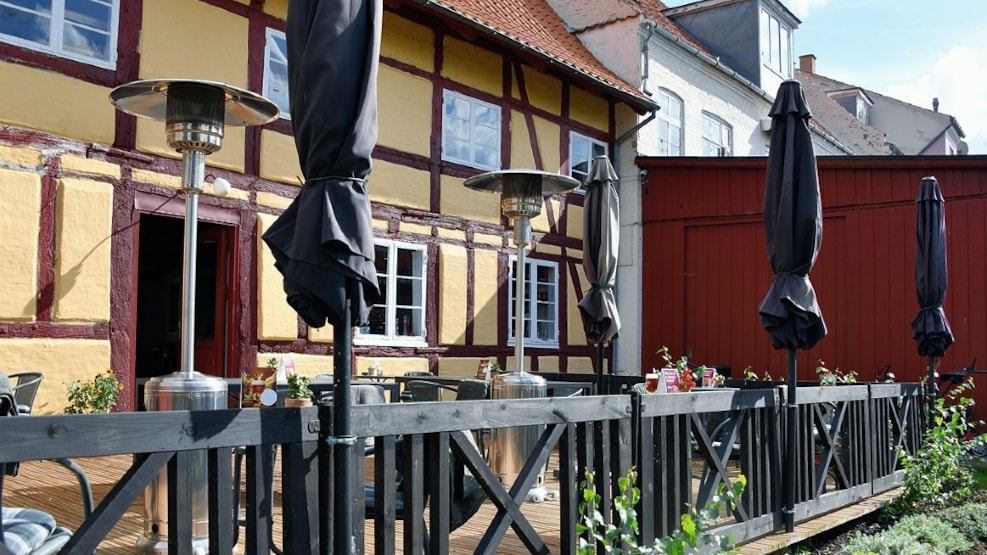 Det Gamle Pakhus is a restaurant in Nysted on southern Lolland

The warehouse – which forms the framework for the restaurant – was built as a granary in 1781 by merchant Simon Groth Clausen, who owned the farm opposite.

In 1809, the warehouse was used for the accommodation of Spanish soldiers. At one time, the warehouse has also been used as a temporary hospital, but for the most part here has been storage. Until 1928 there was a grain and wagon magazine.

The warehouse is listed.

Since 1920, the Engelberdt family has owned the building, together with the surrounding buildings and had a large production company with the manufacture of workwear, with up to almost 130 employees.

The factory closed in 2012, and the warehouse was bought by the current owners in 2017.