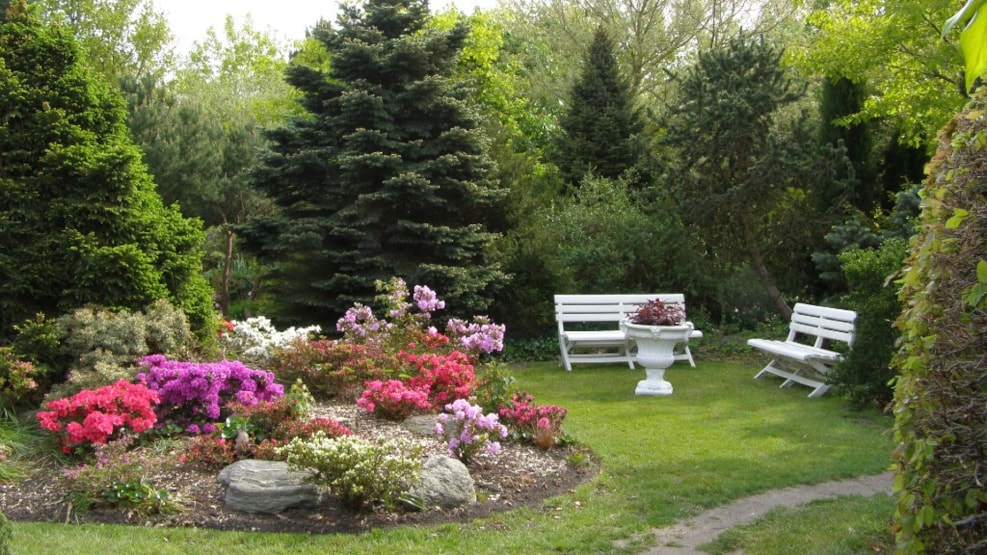 After extending with a new 25.000 sq.m. arboretum in 2017, the garden now is on 55.000 sq.m., and it holds one of the most comprehensive collections of plants privately owned in Northern Europe.

The many different grounds are marked by an inspiration, which mainly derives from the famous English gardens, which the owner has visited several times.

Besides the interesting grounds, the garden is characterized in particular by the quite unique collection of plants, the thousands of green frogs in the garden lakes and the rich birdlife, as the garden is situated as an oasis in the landscape.

The garden holds of various sorts in the following genera, about 1300 Rhododendrons, 280 Magnolias, 40 Bamboos, 1000 Hostas, 700 Hemerocallis, 500 Peonies, 500 Helleborus together with many other sorts in several plant genera, for example Hydrangea, Acer, Malus, Ilex, Cornus and Quercus.

Several benches are placed in the garden, on which you can enjoy your own sandwiches. This is also possible in the Pavilion which is placed in the old Arboretum and has room for 12 people.

In the adjoining plant sale, you always will find a large assortment also of unusual plants.