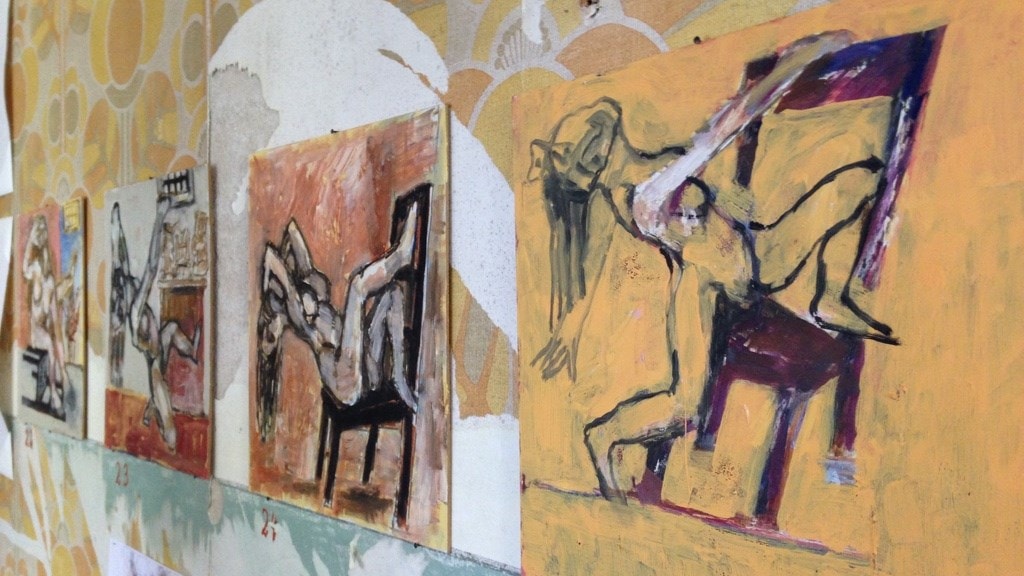 The house in Vindeby has been the home of the artist Richard Winther from 1993 to 2007. It served both as an atelier, workshop, treasury of collections, and living quarters. In 1995, Rdo embellished more than 72 square meters with more than 56 wall- and ceiling paintings.
The Motifs are nearly all taken from antique mythology as told by Ovid, describing both love and the gruesome.
These paintings sum up to a main work in Rdo’s output and stand as a great and significant work both in his own generation and in Danish and European pictorial art of this period.
During the season, we arrange exhibitions mainly showing works of Richard Winther.