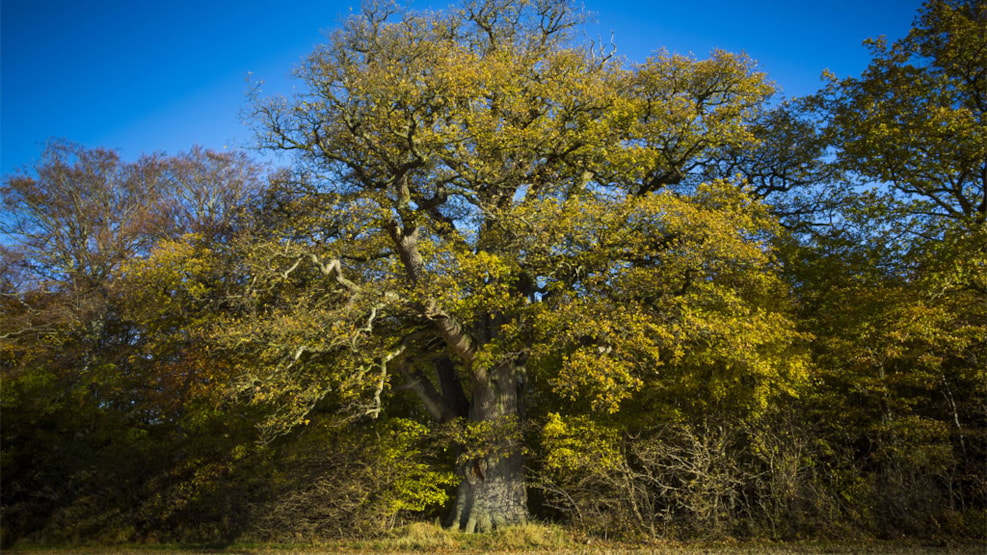 The beautiful woods at Corselitze are home to Denmark’s largest tree – the magnificent 100 m3 Valdemar Oak.

The largest tree is not measured by height or diameter, as one might otherwise think, but by cubic metres. This means that the Valdemar Oak is neither Denmark’s tallest tree nor thickest tree, but the tree with the largest volume – no less than 100 m3. The Valdemar Oak has a diameter of about 3 m and a height of over 25 m, which makes the tree a fascinating and unique sight.

It is not known which King Valdemar the oak is named after, but the story goes that King Valdemar stopped by the tree and tied his horse to it. However, since this magnificent tree is ‘only’ 550-600 years old, it can’t have been any of the Danish kings named Valdemar.

During the 20th century, the beautiful oak became diseased and began to rot from within. The Valdemar Oak was cleaned and patched with cement. Since then, the tree has been doing well, and the large hole has become somewhat smaller as the oak has healed itself.

The Valdemar Oak is located in the Fruens Ege woods, which is a lovely place to go for a walk.

Find inspiration for trips and other experiences in the area in the Naturlandet app.