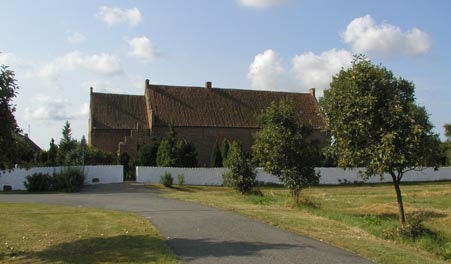 In the cemetery, a Lolland bell stable is set up. It is built by an oak timber and covered with horizontal modern boards.

The altarpiece is from 1590, but modified. There is a painting of the Holy Communion on the board dating from 1650.

The pulpit dates from 1627 with wooden-carved illustrations of Jesus Christ with 3 evangelists.